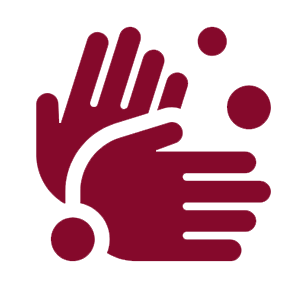 Vienna's oldest hotel is identified as a historical point of interest

Historical legacy of Europe in the heart of Vienna: Hotel Stefanie

The conspicuous plaques that adorn many places of interest in Vienna are an integral part of the cityscape. A recent new highlight: the Hotel Stefanie in Taborstrasse. Travellers have stayed at this location for 400 years. Norbert Kettner, the Managing Director of the Vienna Tourist Board, officially presented the plaque, which now marks Vienna's oldest hotel, to owner Dr Martin Schick.

Initially conceived as an open-air exhibition for the Wiener Festwochen in 1956, these plaques have now become a fixed and unmistakable part of the cityscape. The wall plaques in the series 'Wien, eine Stadt stellt sich vor' (Vienna, sights of a city) mark about 250 locations of special historical, artistic or tourist interest. The Hotel Stefanie was recently awarded its own plaque, identifying its as Vienna's oldest hotel. Guests have been welcomed at this site for more than 400 years - a testimony to Vienna's centuries-long tradition as a meeting point and city of encounters.

Norbert Kettner, Managing Director of the Vienna Tourist Board

"Visitors to Vienna appreciate the historical legacy of the city and the creative way in which the past enriches the future in this location. In the past 400 years, Vienna has not only survived many crises; tourism, too, has changed and has become an indispensable part of our city. The Hotel Stefanie is an impressive example of the way people always resume travelling as soon as circumstances permit."

Dr Martin Schick, owner of the Schick Hotels of Vienna

"We are very proud to have been officially recognised as a tourist attraction: Vienna's oldest hotel. History was and is made at the Hotel Stefanie, but more than anything, it is an embodiment of living values. It is a kind of time travel, a trace of the monarchy: so human and inviting that it will make you feel at home. There is much to discover here: precious antiques, historical details and an excellent restaurant with typical Viennese cuisine. Hotel Stefanie is a one-of-a-kind hotel experience, which is hard to find nowadays. To ensure that our guests feel as much at home today as did the deputies to the Viennese Imperial Diet in 1848, the hotel is continuously refurbished, and the rooms and suites are adapted to modern standards without affecting the historical atmosphere in any way."

Welcoming guests for more than 400 years

The Hotel Stefanie in Taborstrasse in the second city district is the oldest operating hotel in Vienna. According to the building and land registers of that time, an inn has been operated at this location for more than 400 years. The first mention in the official records of an innkeeper at this location dates back to 8 July 1600. For some 250 years, the inn ran under the name 'Zur Weissen Rose' and underwent numerous refurbishments and expansions. in 1888, Carl Witzmann, the great-grandfather of the current owner, acquired the inn and renamed it 'Hotel Stefanie' to commemorate the wedding between Crown Prince Rudolf and Stephanie of Belgium, which had taken place a few years earlier. Since then, the building has been repeatedly enlarged and converted.

For an unforgettable holiday at a Historic Hotel of Europe right in the centre of Vienna, book online today and benefit from attractive extras for direct bookings !